Shopping for Buddhas by Jeff Greenwald Best-selling author Jeff Greenwald traveled extensively all over the world, writing stories, sending them back home to America, when technology was practically non-existent. That in itself became an adventure. The travel bug originated from his mom and the restlessness was a genetic favor from his dad. He wrote several articles for a variety of magazines and acquired valuable experience for his later work.

He worked as a photographer and journalist during the Seventies and Eighties when the transition took place from fax machines, to slow internet, to the super-fast information highway and had to adapt to the challenges it brought to the survival of travel writers.

He realized that he had to find an angle in his books that would make them unique from any other format available. He settled on writing a travel story, in which he writes his personal experiences around a central theme, and at the same time provide historical, cultural, geographical as well as political information about the country that will satisfy the traveler to the place too. His story would have a beginning, a middle and an end. And since he never ended up writing the novel, he decided to add a touch of character development to the people he share his travels with. And what characters they were! Intelligent, funny, innovative, diplomatic, mysterious.

Shopping for Buddhas proof to be exactly what he set out to do with the book. It is the story of his personal growth and development, while travelling to Nepal in a quest to find the perfect statue of a Buddha. He also had to write an investigative article on the international illegal trade in artifacts.

His personal mores and values clashed with the lifestyle of the people of the country, he visited more than once, and the more he returned there, the more he had to address the conflict it created within himself.

'Every time I get off the plane in Kathmandu—right after climbing down the roll-away stairs and stepping onto the runway at Tribhuvan International Airport—I let out a whoop of jubilation. Something in the air is so immediately exotic, so full of the promise of liberation from the veneer of bullshit slopped onto my soul by Life in the Western World, that the moment of contact releases a shock of energy. I see it now as a kind of grounding: like touching a brass doorknob after shuffling around on a rug.

Shopping for Buddhas also provides valuable information to shop for quality products. It opens up the art scene, antique as well as modern, and provides the reader with fascinating tips on what not to buy and what to pay. 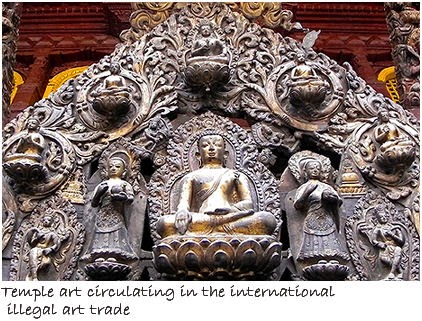 He wanted a specific Buddha: "That pose: Buddha in full lotus, his left hand resting in his lap, untrembling. Fingers of the right hand gently grazing the ground. That was the pose I wanted."He wanted to discover a Buddha that made him sigh with a feline growl of primal longing. The real inhabitants of the country, in all their splendor, good and bad, is part of the story. He becomes part of the furniture himself, observing the superficial world of the tourist traps. This element in the book distinguishes it from just being a sterile travel manual and makes it a much deeper experience in the end.

The political turmoil is discussed from the author's point of view: the outsider, looking in. He observes the power at play and the manipulation and window-dressing applied to impress the outside world.

By now, at the eleventh hour, the “improvements” had expanded to a level far beyond a simple revamp of the city’s surface area. I noticed, as I bicycled down the street, that all the familiar cripples, the ragged men who scoot around on little carts or pull themselves along the ground on pieces of tire rubber, were mysteriously absent.

They’d been “relocated,” I was informed—but to where? And where were the infamous rickshaws, with their barefoot drivers, garishly painted cabs and pathetically skewed awnings? Had they, too, like that ill-fated car within eyeshot of the King’s motorcade, been taken off to some “lonely place”? p.110

The cows, of course, remained; but even they seemed somehow manicured, deodorized and freshly shampooed. It was as if the entire city were being given a gigantic enema!" 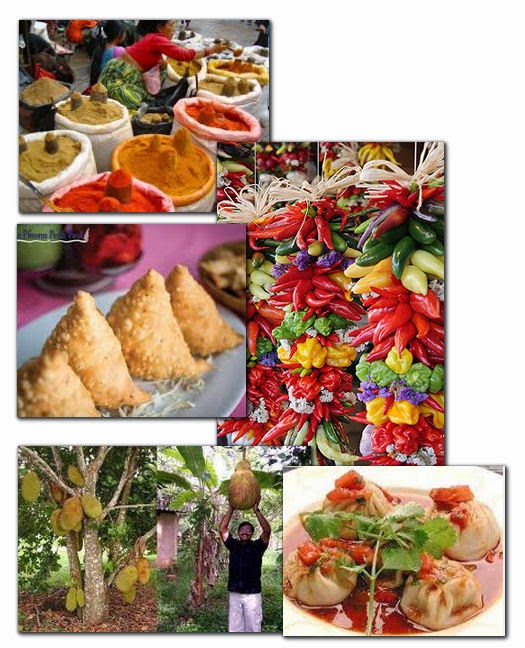 He lives among the Nepali people, make good friends, adapt to the local diet, and blend in with his new environment.

"We shared one of those perfect cohabitations that occurs maybe once every two or three lifetimes. I remember it as a constant stream of intelligent fun, punctuated by crippling stints of eye, nose and throat infections, worms, amoebas and boils. 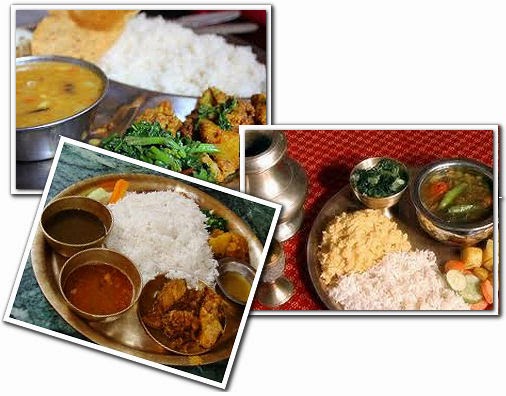 He consults a corpulent guru, named Lalji, who could advise him on how to change his outlook in life to ensure success in his work. He would visit Lalji a few times during his visits to the country. Finally Lalji confronts him : “I challenge you to create something—one thing, however small, however large!—that does not reflect the fact that you are both completely dissatisfied and highly critical of everything in the world!”

Lalji's insight into the author's life is rejected at first, but then, over a period of several years, reconsidered. It becomes the axis that will control all changes in his life and lead him to a dramatic moment of enlightenment.

"It sounded right, so I said it again—and again—realizing, as I continued to utter those two words, that I had lit on a great secret, had collected a fabulous blessing, entirely by chance. I had discovered my personal holy mantra; the incantation that would save me whenever I felt tempted by the luxury of self-pity, or distracted by the affectation of self-doubt. Not only was it my mantra; it was the ultimate, the highest mantra of all! 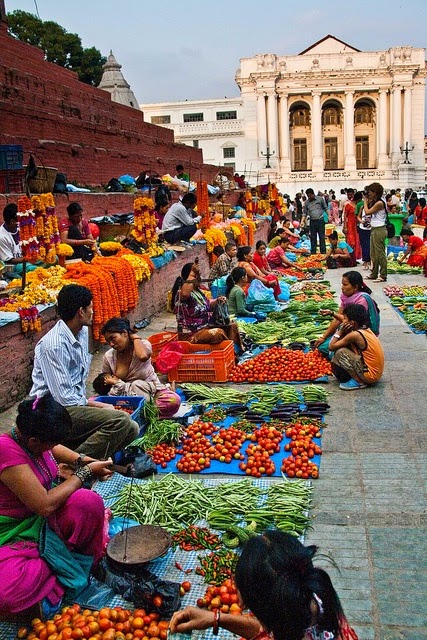 With a gentle subtle comment he warned against the water in the country. He showered with his mouth firmly closed. Tried not to breath in the shower to avoid inhaling "even a drop of the deadly local water (I actually knew one woman who showered with a snorkel)"

He watches a little boy and his dad flying a kite in the park, and realized that technology developed in many more forms than the West could ever imagine. Even in the small, mundane things, developed manually, another magical skill was perfected. 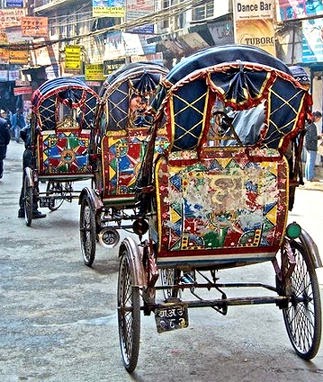 "With their incense and prayer flags, their sacred architecture and tantric rituals, their ability to breathe life into wood, metal and stone, the people of Nepal and Tibet have spent centuries forging two-way bonds between the material and ethereal realms. It may have seemed like paper, sticks and string—but the tiny kite was a conduit for direct communication between heaven and earth"

"Nepal seems so much more vivid than life anywhere else, I would answer with a single word: time. There is a quality to time spent in Nepal that can only be described as inhalant. Back home in the Wild West, time hips by with the relentless and terrible purpose of a strangling vine filmed in fast motion. A week, two months, ten years snap past like amnesia, a continual barrage of workdays, appointments, dinner dates and laundromats, television shows and video cassettes, parking meters, paydays and phone calls.

In Nepal, the phenomenon is reversed. Time is a stick of incense that burns without being consumed. One day can seem like a week; a week, like months. Mornings stretch out and crack their spines with the yogic impassivity of house cats. Afternoons bulge with a succulent ripeness, like fat peaches. There is time enough to do everything—write a letter, eat breakfast, read the paper, visit a shrine or two, listen to the birds, bicycle downtown, change money, buy postcards, shop for Buddhas—and arrive home in time for lunch."

Enough. I made way too many notes! It was a fascinating read. I could go on and on about the prose in the book, the way the story enfolded, and elaborate further on the information provided to enrich the experience, such as the Hindu & Buddhist mythology, the detail of political corruption, horrific human rights abuses, and so much more. It was indeed highly interesting facts and impressions. 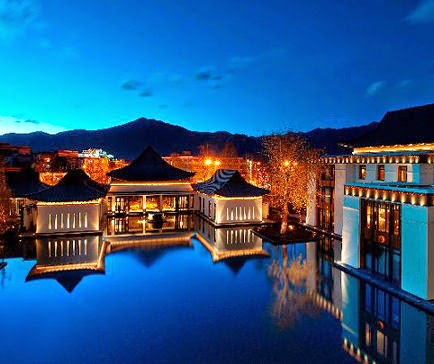 Suffice to say, that this is the kind of travel book I expected to read when I chose it. I expected a subjective travelogue from the perspective of an outsider with compassion for a country, and that is what I got, with a plot and story line thrown in as well. It was an uplifting, informative, adventurous and entertaining read. 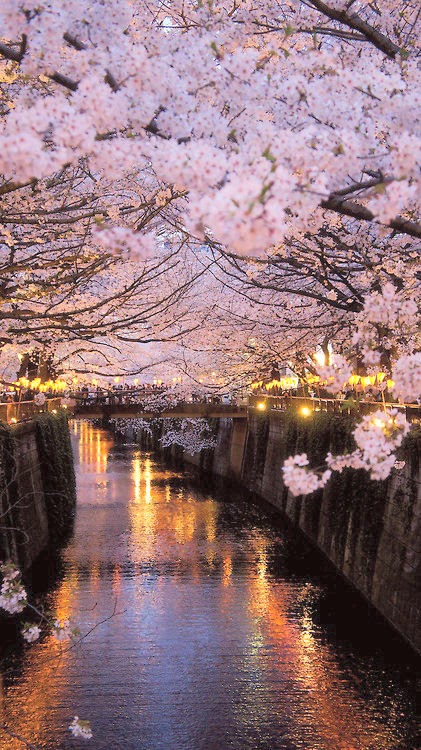 Thank you for the opportunity to read it.