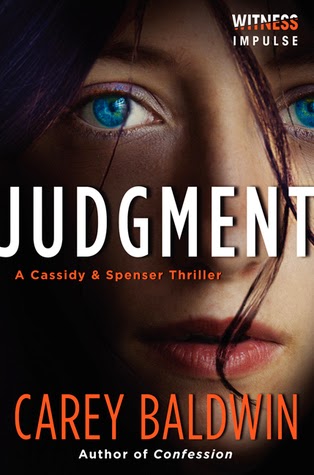 I can either do a clinical review or write down what I feel at this very moment. Oh, let me do both and get it over with.

Let's start with the emotional reaction. It scared the DNA out of my family tree. It had me jumping out of my own skin into another personality type. It had all the juices in my body curdling in my ear drums. It made my petrous bone shudder and shake. I almost did not make it, honest to God.

If you know Dr.Kay Scarpetta in Patricia Cornwell's psychological thrillers, and you loved it, this is the book for you! Be my guest. Enjoy!

As I explained my reaction to the Scarpetta series, to a friend on Goodreads, I almost did not make it that time either. The difference between now and then is, that I read those books during the night, never slept a wink, locked all the doors, locked hubsters out, taped the windows closed, insisted on the guard dogs sleeping on my bed, check the cats'nails, instructed them to attack anyone trying to open my bedroom door, and curled up in terror until all three books were finished.

When I started this book last night I was too tired to continue reading, so I sneaked it into my office day this morning after starting with it around five already! Thank goodness I did not continue last night.

I am not trying to be funny, but if you want to laugh do so and then read the book yourself! Then it will be my turn to holler and howl and I won't feel bad at all for doing just that! I am still shaking.

But nevermind, let's get to the clinical part now.

Dr. Caity Cassidy's father, Thomas, was convicted and executed for the brutal rape and murder of Gail Falconer, fifteen years ago. Caitey attended his execution and pledged to herself that she will get behind the truth. She thought he was innocent. Obviously, the Superior Court in Phoenix, Arizona did not think so. The only man to support her at the event was her father's lawyer, Harvey Baumgartner (Tree gardener in English). He handled her father's case pro bono. They were friends from church - her father's best friend in the end. She was eighteen years old at the time. The event inspired her to climb into the mind of killers, which resulted in her PHD. She became a forensic psychiatrist profiling these mad people. She wanted to prove that her father did not have the psychological make-up to do it. She employed private investigators with no success.

Harvey Baumgarten requested her services for one of his clients, Judd Kramer, in a case against the latter. While consulting in court, a killer walked in and shot everyone. There were four victims. Kramer and his deputy escort-- shot just outside the courthouse, with Baumgartner and Dr. Caitey Cassidy --shot inside. Judd Kramer survived. She barely survived herself. Only because her four year long rival, FBI Special Agent Atticus Spenser (named after Atticus Finch, the hero in To Kill a Mockingbird), saved her life. They’d been on opposite sides of a contentious case more than once. And there was also that personal incident a few years back . . . but fortunately no one knew about that little gem of a disaster except Spense and her.

They had no other choice but to work together on this case. Caitey's ordeal was not over, as they soon found out. The killer did not target her by accident. There was to be a second round and she needed protection. Spencer offered it. She had to move in with him.

He baffled her. One thing she noticed was that he always had a miniature Rubik’s cube, attached to a keychain, in his pocket. He often pulled it out, scrambled it, solved it, and shoved it back in his pants pocket, all in less than a minute. He also knew how to prepare kung pao tofu with edamame,dowsed in a spicy peanut sauce. This man was not only soft on the retinas, he was also multi-talented. Behind his Old Spice must be a story too.

But that just for interest's sake. What really happened after the shootings rocked their world. As in totally.

Judd Kramer died in hospital, along with the pharmacist. More young women ended up dead. Caitey was now confronted with first the death of Gail Falconer, and now Sally Cartwright, Darlene Dillinger and Annie Bayberry.

Fast moving, thrilling, captivating, entertaining, scary, brilliant! A tale marked by all the elements of a psychological thriller par excellence.

The only rattling bone in my scull is the acronyms and abbreviations that was spread all over the text. I gave up in trying to find them all on the internet. "DETECTIVE RILEY BASKIN paced the precinct lunchroom with a PB and J gripped in his hand" Oy! I thought it was a high caliber murder weapon and was diving for cover, until I peaked through my fingers and realized he was eating it. I could only wish him luck until this moment, because I still don't know what it is!

This book is a Witness Impulse, HarperCollins Publication, provided through edelweiss.abovethetreeline.com. for review. Thank you for this wonderful opportunity.